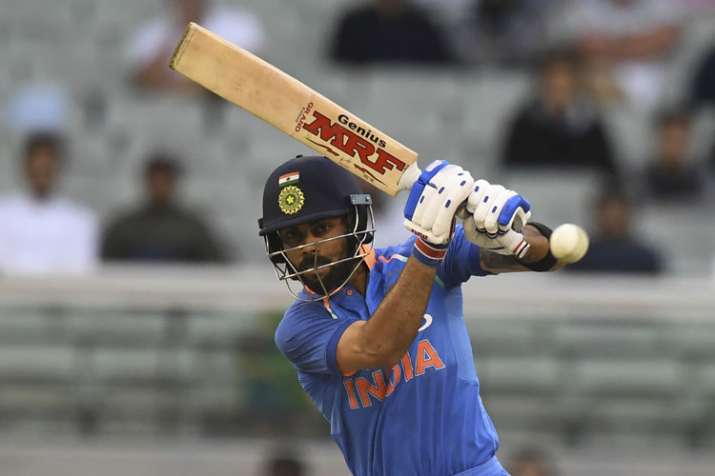 Virat Kohli on Wednesday went past West Indies batting great Brian Lara in the list of top run-scorers in ODI cricket during the first ODI of the five-match series between India and New Zealand.

Virat Kohli to be rested for final 2 ODIs, T20I series against New Zealand

The Indian captain now stands behind Rahul Dravid and Sourav Ganguly, who have 10889 and 11363 runs respectively in the 50-over format.

The 30-year-old has been in sensational form since the 2015 World Cup and scored 3893 runs from 62 innings at an average of 81, including 17 centuries and 15 half-centuries. Out of the 17 tons, 12 of them came over the last two years. Overall, he has smashed 39 ODI centuries out of which 24 have come while chasing.

Kohli finished as the top run scorer in ODIs for two consecutive years in 2017 and 2018. Not only that, Kohli clean-sweeped the ICC Awards for 2018 by winning the Sir Garfield Sobers Trophy for ICC Cricketer of the Year, the ICC Men`s Test Player of the Year and the ICC ODI Player of the Year awards following an extraordinary 2018.

In the process, he became the first player in history to win all three major ICC honours.

The Indian captain will now look to extend his dominance in the 50-over format over the next two ODIs against the Black Caps before returning home to rest.

The Board of Control for Cricket in India (BCCI) announced on Wednesday evening that Kohli will miss the remaining two ODIs and the T20 series against the Kiwis in order to manage his workload. Rohit Sharma will be leading the side in Kohli`s absence.

Virat Kohli on Wednesday went past West Indies batting great Brian Lara in the list of top run-scorers in ODI cricket during the first ODI of the five-match series between India and New Zealand.

Another blow to Hardik Pandya, now the club has broken

Team India`s all-rounder Hardik Pandya was suspended after being suspended. Khar Gymkhana of Mumbai has withdrawn its sports club membership from Hardik.

These 4 star players may end up being the IPL career?

Prior to the IPL-12 auction, all the teams have released the list of players and players released. The released players will take part in the auction of the IPL. There are 4 players released, who have suspense on selling in season 12 auction. Let's t